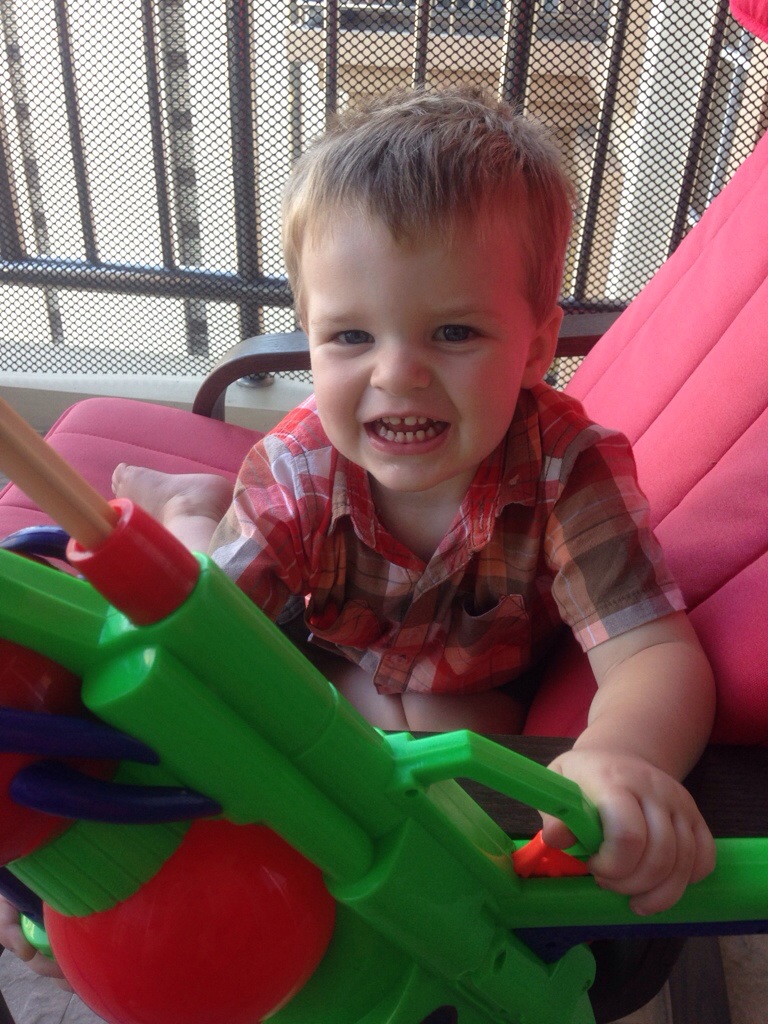 I will be honest week 9 went by so fast I couldn’t tell you what happened. We were going to therapy and everything was normal and then we moved. Although the move was only a few sois over it still took a few days to prep and the entire weekend to unpack and organize. Killi during this move was a real trooper. To be honest, I thought he handled it quite well. The first night we were in our new place, he went to bed at 6pm and didn’t wake up until 6am. It was awesome. My biggest concern with this move was how it would effect his development, I was seriously worried that this would have set him back but it didn’t.

I thought after the first night it was smooth sailing but boy was I wrong. The next night and for the entire following week (therapy week 10) he was waking up almost every hour freaking out, trying to open the main apartment door, and screaming at the top of his lungs. Chris and I were at our breaking point. We were walking around like zombies the entire week but luckily on Friday night it had stopped. Killi went to bed and only got up once and we all finally slept, it was glorious!

While we were in our zombie like state, we attended therapy and we participated about as good as we could considering everyone was so tired. During the last two weeks, we have been focusing on the “fun factor” by trying to get Killi to see how much fun it can be playing with other people. If he goes to an object, instead of him staying with that one thing and not socializing we will go to him and really try to be involved by making funny noises or tickling him to break his focus. We want him to initiate the games and play with us. He loves this part! He will spin the bike pedals and watch the wheels turn and I will sit with him and make funny sounds and he just smiles and laughs! If we are in the playroom he will get in the play police car and run away from the big, bad mommy dinosaur that will tickle him- he eats this stuff up!

This is what we have been focusing on all week, the goal is to see how many times we can make him smile and laugh. His doctor explains to me that when we laugh and have fun we produce dopamine in our brains, which helps certain parts of our brain to develop and grow. If you are unhappy or upset this creates cortisol, the stress hormone, this causes someone to have tunnel vision and will only remember the bad stuff. For example, “this toy, with this person, in this situation was not fun and I had a bad time so there is no way I will do this again.”

We are still building the foundation for language by focusing on the social aspect of development. Killi is doing great with this and as a result the “talking” has increased, he was interactive and social today in his swimming class and since he has had some sleep he is really happy.

Slowly but surely we will get there and now with the move behind us we can look forward to the next phase in our therapy plan! Until next time…