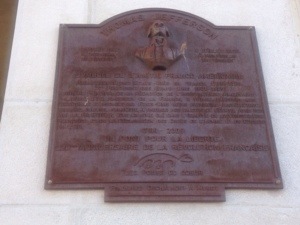 Our third day in the French Riviera didn’t go as well as all of our other days traveling. Killian is currently cutting his four K9 teeth and good gravy is he in a bad mood. He won’t sleep because he hurts and I am sure he is sick of the pack and play and just wants to me home. We didn’t sleep the night before and we thought for Killian’s sake we would take it easy and just hangout during the morning around Nice and the beach and we were hoping he would take a nice long afternoon nap but that didn’t happen. During our walk along the beach in Nice we stumbled into old Nice where there is an amazing outdoor market with everything you can think of fish, fruit, meats, olives, spices, paintings, breads, flowers and cheese. Chris enjoyed himself and brought home a few tasty items. Killian passed out in the stroller so we thought we would take him home to nap but that didn’t last long. Ok so let’s go to the gardens at the Masse Museum, which is located right next to our apartment, to try and make my boy happy.

We make it to the garden and the sign says it’s a public garden but when we wanted to visit we were turned away by men wearing all black suits, dark glasses and earpieces. I figured it was some foreign dignitary visiting the Matisse display but it was closed for famous French actor Gerard Depardieu who was in town for the Russian Film Festival being held this week in Nice. We waited around and talked with a German engineer that was there to catch a glimpse of the actor for a while but Killian waits for no man and it was time for another cat nap. Side note: The German engineer was creating solar panel devices for families in Kenya that do not have electricity. Really interesting what he was doing if you want to know more here is his twitter.

After nap time we were finally off on our next road trip. We headed down the coast toward Antibes. Antibes was founded around the fifth century BC by the Greeks. It’s a beautiful little town right on the coast and apparently this is where everyone parks their million maybe even billion dollar yachts. We walked along the sea wall and Killian was so pumped he was running around like a fool and tripped, fell and banged his head, so his souvenir from Antibes was a scratched up forehead. To make him feel better we had some macaroon and Nutella ice cream that was heavenly. 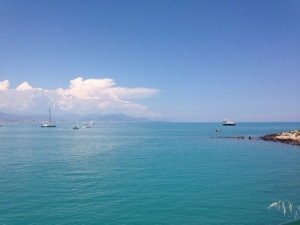 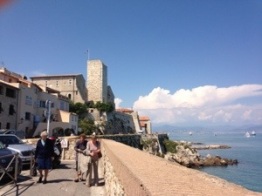 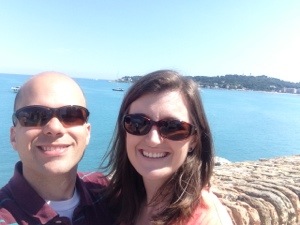 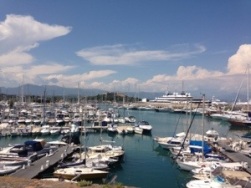 We ended our day with a delicious pasta dinner back home and then another night of no sleep for my teething very unhappy toddler….