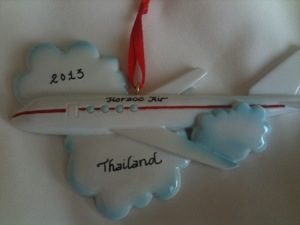 Chris wanted me to share this with everyone, most of our close friends know us as having a theme each year. As some of you recall our wedding year was called “winging it” 2008. This was because we didn’t know what we were doing but decided instead of me becoming a bridezilla we would just “wing it”. It’s more fun that way anyway.

I’m pretty sure when we realized Killian was going to become part of the family, our new theme was “Oops” 2010-2011…

In 2012 with our move we decided to call it “not my problem” 2012. This was because of the home buyers wanting additional issues fixed on the house and we would always tell them “it’s not our problem because we have to work with the relo company.” So if something got on the carpet or Killian made a mess we would just say “not my problem!”

This entry was posted in Expat With A Kid and tagged Bangkok, Expat, theme. Bookmark the permalink.