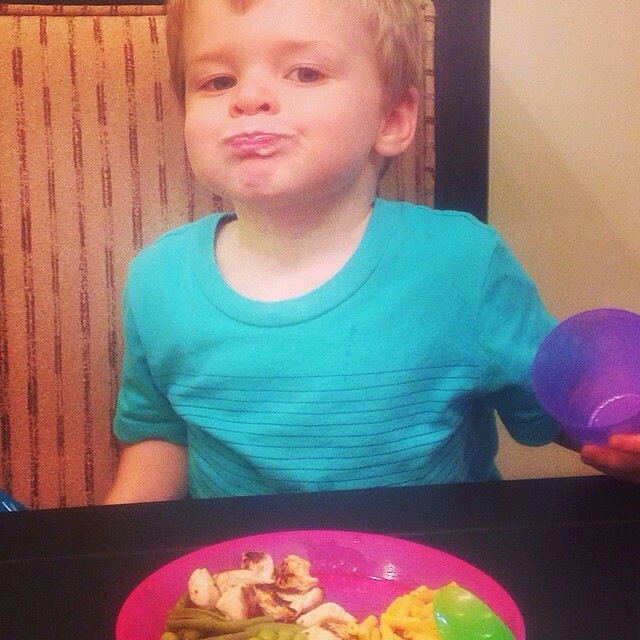 In trying to keep with the lifestyle change of eating more healthy, I realized my son needs to make some changes as well. There was a time when my boy would eat anything. When we moved to Thailand, he was a hot-dog and chicken nugget kid and I chalked it up to the trauma of the move and he needed to feel like he had some control. It took a long time but he is off the hot-dog and chicken nugget diet. He will eat fruit, grilled chicken and pork, and a few veggies such as corn and peas. Lately I see he is becoming bored with his meals but at the same time as I introduce new things he has a total meltdown. I have read the articles which suggest to not become a short order cook or “they won’t starve if they miss a meal” but this type of thinking stresses me out. What if he isn’t getting what he needs to grow? I see he is obviously not starving to death but you could say the same for someone who is obese; the question is are they healthy?

As I talk with other moms, I find out I am not alone in the battle of the picky eaters. In fact, we are members of an elite secret organization. This organization, similar to the CIA and MI6 who put the bad guys behind bars, is one with the sole purpose of getting veggies in our kid’s bellies. I would share the name of our organization with you but then I would have to kill you… Sometimes I feel as if being 007 or an undercover agent infiltrating a terrorist organization would be easier but I digress; you may call me 00-potato.

I tried the “just put the new thing on the kid’s plate for 10-20 times and he will eventually eat it” but my son is stubborn and he has made it very clear that he will not eat it with an adamant “NOOOOOO”. In talking with some of my mom friends today, I found out about their covert operations to get their little ones to eat their veggies; apparently they hide it in other things. This seems so simple now that it’s been laid out for me but for some reason it just never clicked before; maybe because the American way is to open a “box” of something.

For our play date this morning, one of my friends had baked muffins, which were full of carrots. As we discussed “operation: veggie infiltration” my boy couldn’t get enough of these delectable little muffins; clearly this hiding veggies thing works!

Although my son is extremely picky about some foods, I do know what he likes and this week I will start finding more places to hide the veggies, starting with carrot or zucchini muffins for breakfast or snacks.

I’ll share my results and the recipe that ended up working best! If you have a healthy kid friendly recipe to share please do!!